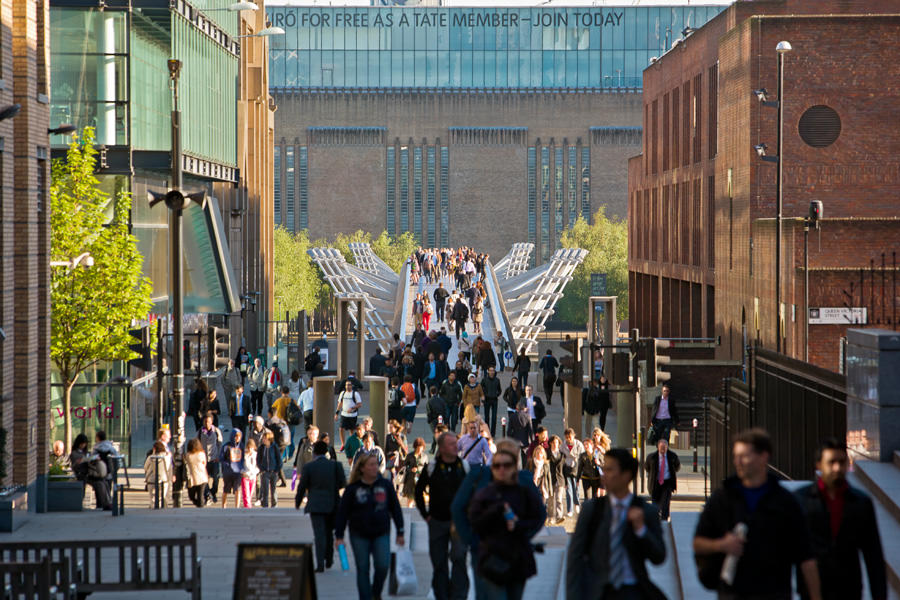 It was inevitable this day would come. The wall that all creative professionals dread. When everything you plan falls apart and you feel like screaming at the Universe.

Let’s back up for a second. Today was the first day back to work after London’s second, four day holiday. Everything and everyone was bustling. Running through the streets to the Underground we were not prepared for the crowds. Have you ever seen the YouTube video where people are literally being pushed into the trains in Japan during rush hour? That’s how it was this morning. AJ and I had to push and squeeze and suck in everything until the doors closed, all contorted until our stop.

And if you’ve never been to London, let me warn you that these people must know something the rest of us don’t because they simply don’t walk. It’s a blend of run-walk with the emphasis on run. It’s a fast pace that is hard to keep up with lugging around an overweight bag of camera gear.

The Underground has an announcement that seems to run every 10 seconds saying “Mind the Gap”, reminding people to watch the gap between the train and the platform. It’s quickly become the running joke amongst our group.

The photographer briefing at Getty Images was a fine tuning of our scheduled coverage of the city after reviewing what everyone shot the day before. We were told to focus more on stories and not so many random shots. Take the time to find something interesting, develop a concept and work the images and storytelling. No stranger to storytelling, I was excited by this challenge. However, the biggest challenge is walking around one of the largest cities in the world with heightened security and people who are extremely nice, but don’t always like being photographed.

Last Sunday when I was touring the city with my English Gentleman friend, Chris eating lunch at a pub when this old guy walks in wearing a bright red uniform with medals all over it. Very regal and official looking. Chris told me he was a Chelsea Pensioner. Check out the link, it’s an amazing story. War veterans who are well respected and treated as the heroes they are by Londoners.

I was talking to AJ about it and we decided that today, we were going to tell the story of a couple of Chelsea Pensioners. We planned our lighting, props and how we’d approach the entire shoot. I found the hospital and decided we should call and secure permission before traveling out there. Good thing we did. After being passed around to three people, we were told this opportunity was not going to happen.

No problem, we had a back plan in place. And as fate would have it, those fell through as well. So, we ended up in the famous banking district of London during the worst part of the day for light and decided we’d be tourists for a couple of hours and visit St. Pauls, an incredible Wren Cathedral. You might want to look up the definition for massive again because you’ll probably find St. Paul Cathedral mentioned there. It’s has to be one on the most astonishing building achievements in history. Photos will never give you a sense of the size and enormity of this space. The unfathomable amount of intricate detailing in the guilded ceiling and woodwork, iron and stone. The link has a virtual panoramic image you can zoom in and look at all the detail.

Of course, photography is not allowed, but AJ had his iPhone with him, so he grabbed a few shots for me. You’ll know which ones, they are two-up and processed with Hipstamatic. A big thanks to AJ for sharing these with me and giving me permission to post them on my blog. We were both in awe at how high the dome was above us. But it gets better.

You climb up to the dome by a set of spiral staircases. Over 800 steps by the end and hundreds of feet in the air. It starts out easy enough with low step, wide spiraling staircases, but as you get about half way up, it changes to a very narrow steel spiral staircase that requires great fortitude if you are afraid of heights in any way. In America, there would be signs limiting liability, if they’d even let you do it in the first place. England figures you should just use common sense.

We eventually reached the top of the dome and you can see the little round glass window in the floor that looked down onto the cathedral floor. The next set of stairs took us up past the dome and outside for a spectacular view of London. On the way up, there were inscriptions in the stone dating as far back as the 1600’s. One in particular, that I saw in at least three different places was “Walker Harp Allen”. It was beautiful. Medieval writing with serifs. AJ and I joked about whether or not he had permission to scribble on the walls of the cathedral.

The thing about creativity is that when it’s elusive, you still do your work. Show up and practice your craft. So that’s exactly what we did. After our break, we pushed forward and AJ found a guy he photographed at the beginning of the event and was trying to follow up on his story. I became his assistant at the point and the resulting photos were spectacular. AJ is such a talented photographer. Not only in his shooting style, but his ability to conceptualize an idea.

We decided to walk around the banking district and I found a little story to shoot myself. There was a woman handing out papers for the Evening Standard newspaper. I approached her and introduced myself, told her who I was and what I was doing, basically asking for her story and permission to photograph her. Keep in mind this is during rush hour at the entrance to an Underground station.

Her name is Pippa and she’s been doing this for 25 years! Handing out the Evening Standard. Before that, she was a dancer in Las Vegas, a showgirl and she still dances 5 days a week. Everything from Zoomba to ball room. She loves dancing. Again, I’m not a photojournalist, so having to push myself to do this under these stressful circumstances was challenging. I can’t impress how busy the city of London is. I’m sure it’s a lot like New York city.

Finally, we ended the day by walking down to the Millennium Bridge and AJ found another street musician to photograph and I found a few images to illustrate life in London. I haven’t walked this much in one day since I’ve been to Maui for the Creative Boot Camp last year. Tired is an understatement.

Tomorrow is a studio day for me, so I’m looking forward to getting into a creative environment that is more familiar. Everyone brought props for their shoots (these guys are very much into conceptualized shoots). Something I need to work on as I transition into this field. It’s hard to know what to expect when it’s your first time. Hopefully, I’ll find something I can use that will result in images I can use and not just an exercise.

Every day I work with these photographers, I learn so much. They live in a world where walking around a city such as London is all about pointing out who’s image is where. iStockphoto and Getty Images have a catalog of photography that is being licensed all over the world. Even AJ’s phone features a stock wallpaper that was his image, purchased and licensed for all that company’s phones. It’s an amazing image, by the way.

The week is quickly coming to an end. I can already feel the pull of my return trip. I wish I could stay for another month. London is one of the first major cities I’ve visited that feels like home. This trip was all about change. Reinvention, opportunity and chance favoring experience and intent. I’ve tried to work hard and immerse myself into the experience. I’m tired, running on very little sleep and more frustrated than I’ve been in a long time. I’m nervous about what happens when it’s all over and the mantle of my old life settles over my shoulders. This group of photographers are so talented that I feel as if I’m starting from the beginning. And nearly every one of them, individually at different moments through the event have told me it will take a while to get things rolling. It’s just the way it is.

Mindful. Humble. Grateful. Most of all, thankful. The real adventure begins when I return home. I hope to continue my relationship with these new friends and find my way into their world. That too feels like the right place for me. But most of all, I’m thankful to all my friends, clients and colleagues who are supporting me during this difficult time of transition and change. Thanks for reading and showing up every day. I may be calling on you to model or help me find a space to shoot or hook me up with your friends. Inspire a conversation by leaving a comment. It’ll make you feel good. 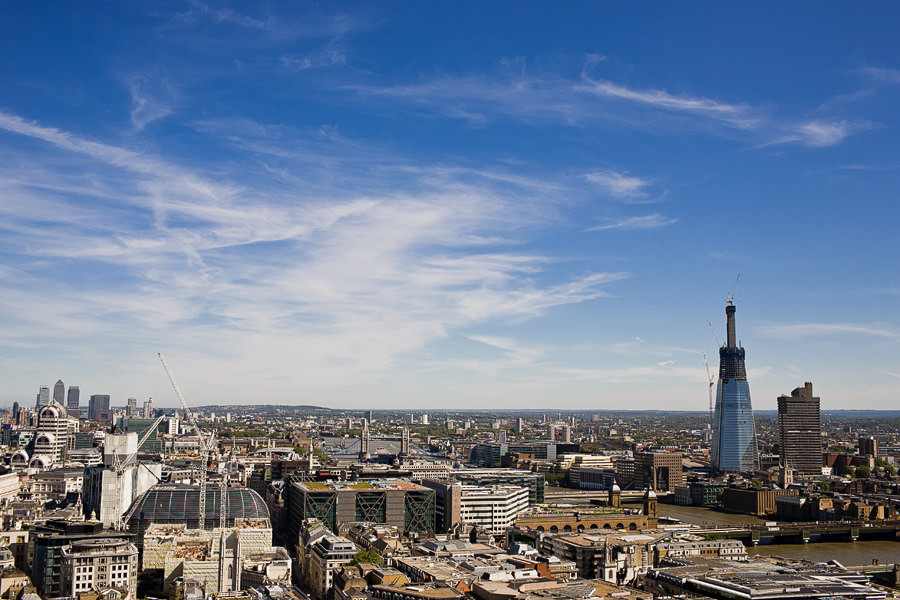 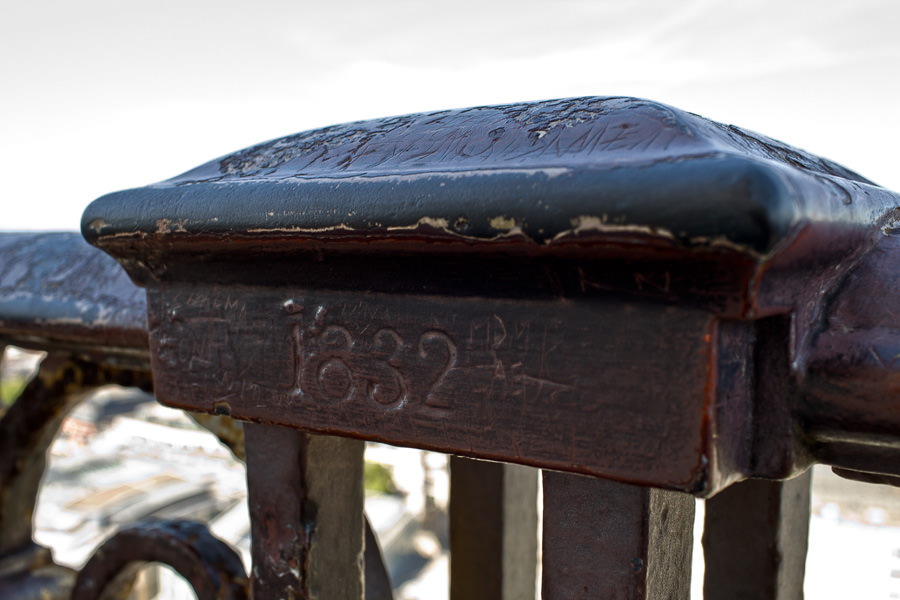 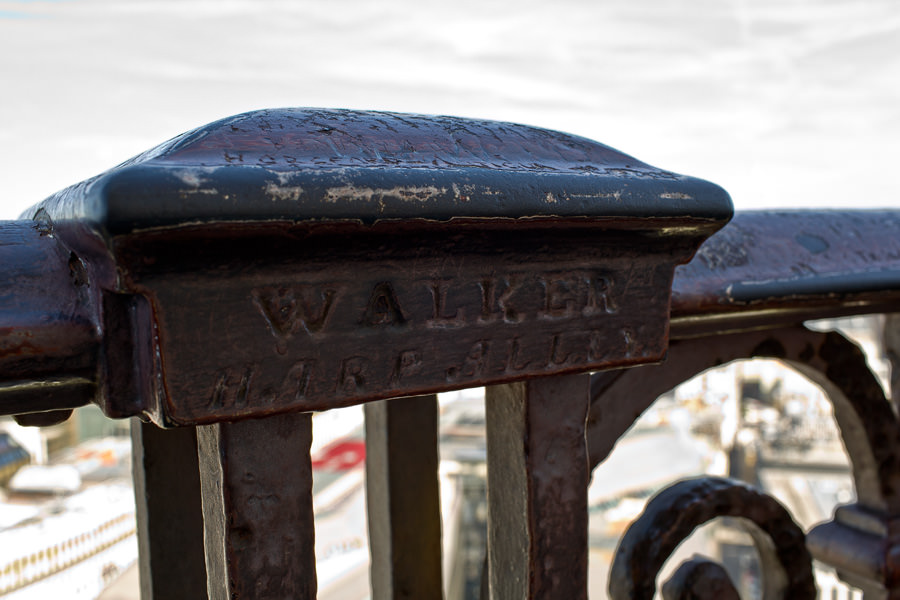 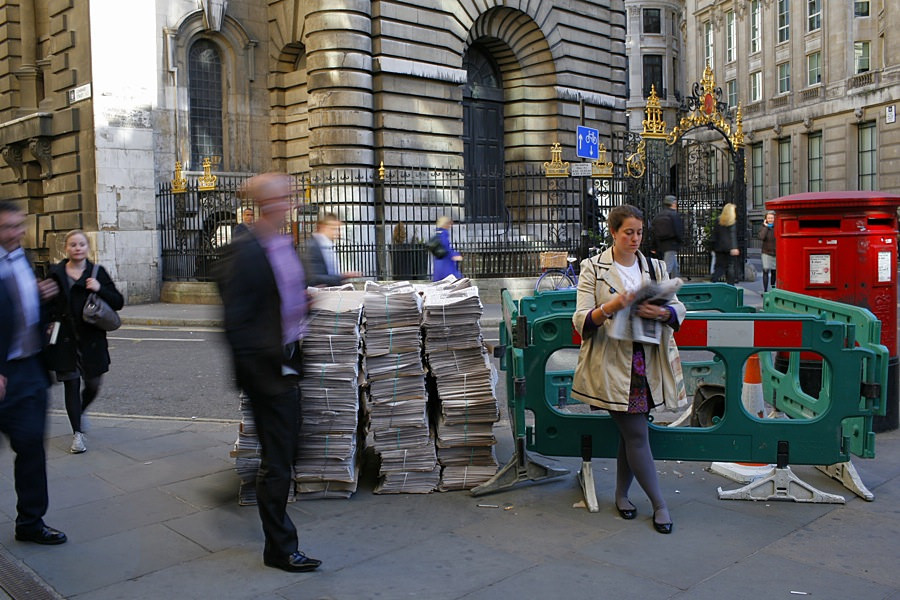 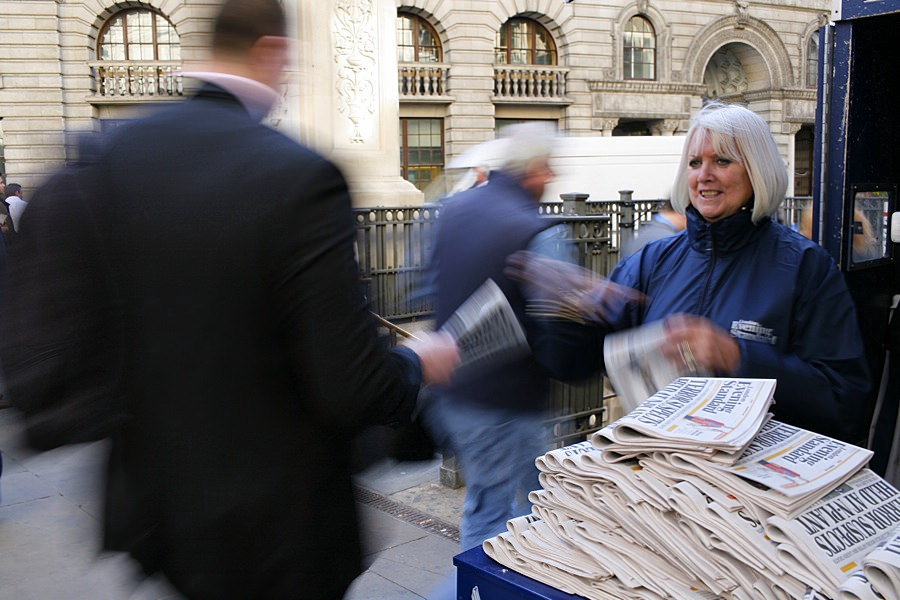 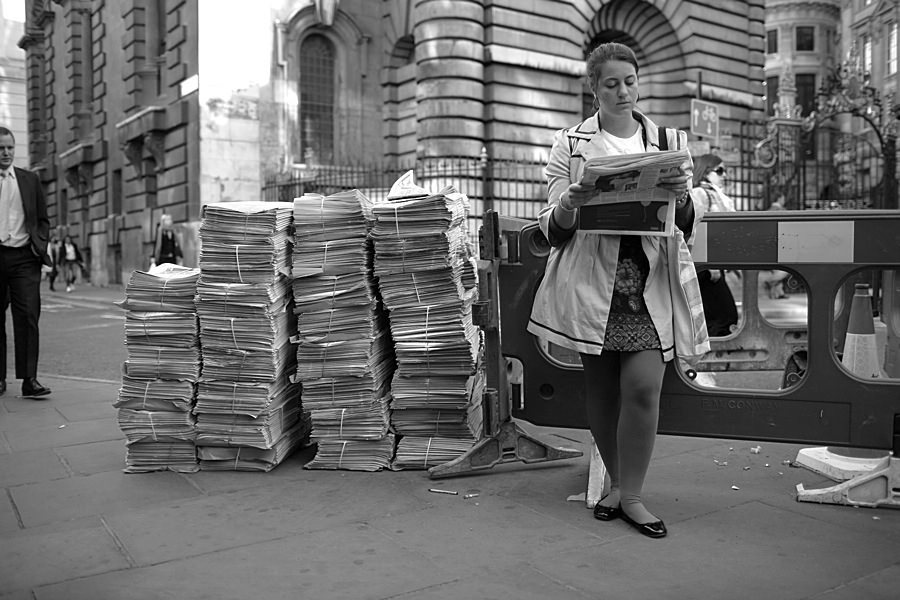 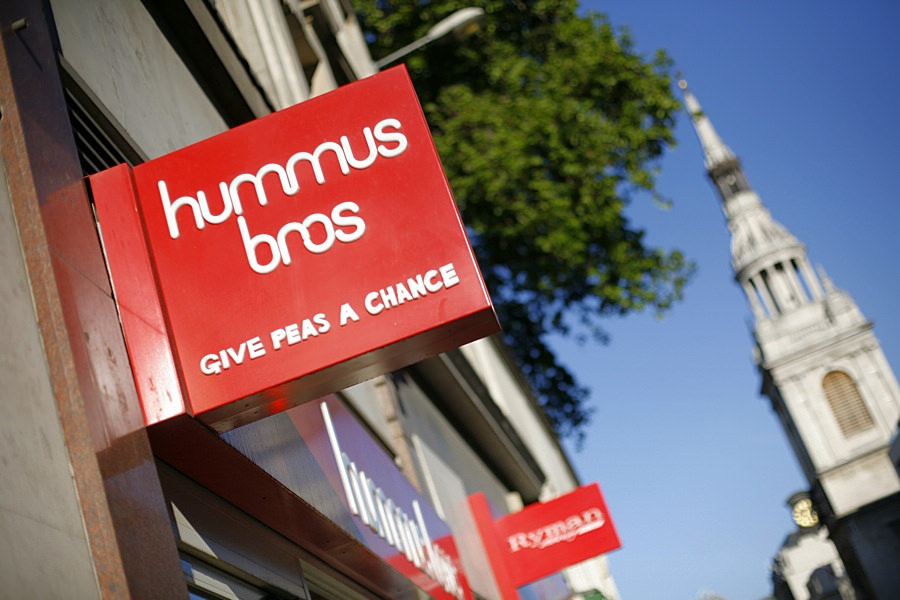 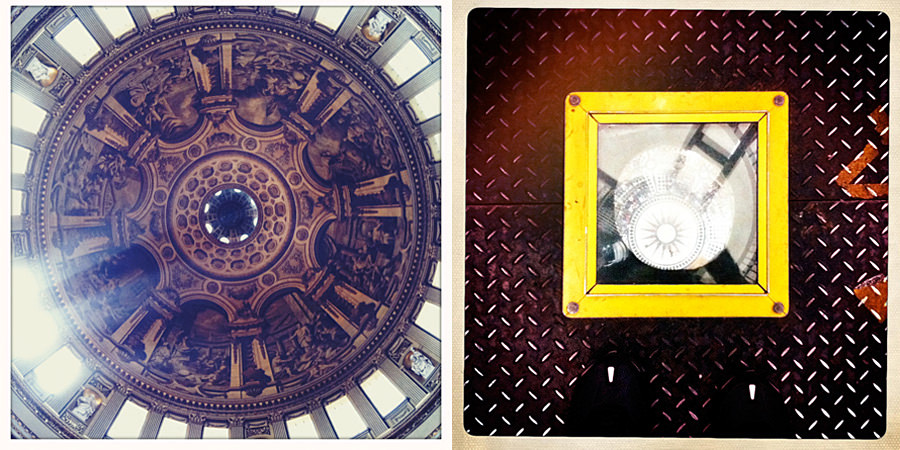 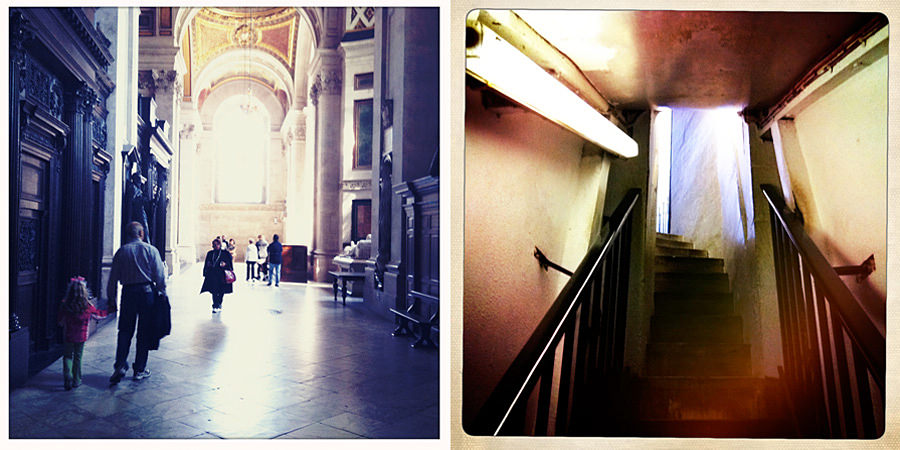 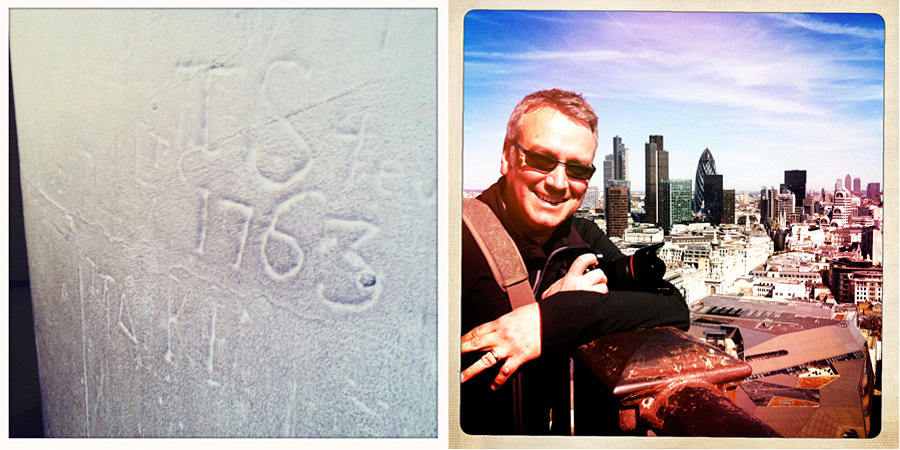