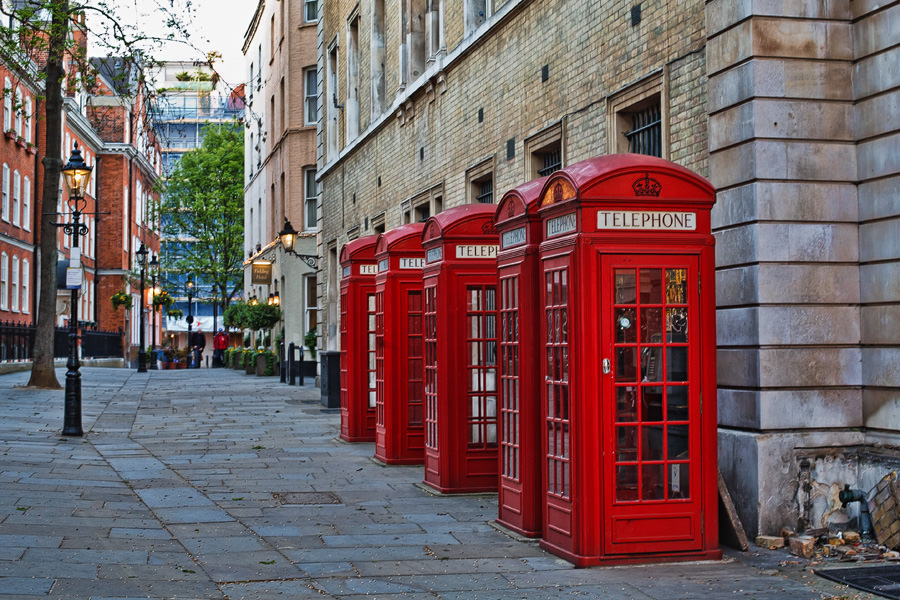 As I made my way to the Getty Images Gallery in London, news was beginning to spread of Osama bin Laden’s death. It’s times like this that make it hard to be so far from home. As much as the President would like to take credit for this victory, all the honor should go to the brave men and women in the Armed Forces who risked their lives to make this world a better place. Obviously, this was the talk of London.

The city was full of people on holiday. Because of the Royal Wedding, Friday was a national holiday and today a bank holiday, meaning a four day weekend for Englanders. We gathered for a briefing of today’s assignment and discussion about editorial stock photography. This is a new venture for iStockphoto and it’s an exciting opportunity to cover the stories of the world as we live them, documenting our society for the future.

Each of us was to head out into the city with a list of objectives to cover as an editorial assignment. This is hard for me and a lot of other photographers who are not photojournalists. It is an exercise in conceptualizing and executing a vision for a story. All in the field, in the moment. It requires a heightened awareness of your surroundings and a balance of artistic sensibility and creative conceptualizationn. It’s hard to walk up to a stranger and ask to photograph them. Most are friendly and don’t object, but there will always be a few that are extremely sensitive to privacy, especially when it comes to kids.

One of the first locations I sought out was the American Embassy. If there were any protests or cheering in the streets, this is where it would be happening. When I arrived, there was nothing but armed guards. And although they weren’t rude, they made it clear we were not to photograph them under any circumstances or the entry points to the Embassy. They all had sub-machine guns and were on guard for any trouble.

From there, it was a quick walk to Hyde Park were we placed our focus on capturing Londoners enjoying a sunny holiday weekend. From there, we walked through a Muslim neighborhood where there were armed guards present in more than a few locations. It was a very real reminder that I was not in the USA.

After wandering and exploring London for over 6 hours, we headed back to Getty Images headquarters and had our work critiqued by Getting and iStockphoto collection specialists. They offered us insight into how we could make our shots better, conceptualize the moment in a different way or push us to go back and work the idea. This is what iStockalypse is all about. Working, competing and collaborating with the best photographers shooting stock and the world leader of stock image content delivery.

It was amazing to sit and watch a critique of another photographers images from the day. To realize I was in the exact same location, but interpreted it completely differently. Seeing the amazing way some photographers minds work, how they put it all together is humbling and inspiring. In other words… Game On!

The journey from Getty Images to the hotel involves taking the Underground and the more I use their transportation system, the more I like it. Each terminal seems to be different somehow. The tunnels are amazing. The trains are fast and it’s so easy to use. The crowds in downtown London were staggering. I’ve never seen such a thriving metropolitan area. There were so many people walking.

Next stop was the Apple store in Covent Garden. It’s the world’s largest Apple store at 3 stories tall. I needed to pick up a portable USB drive to download my images onto. I’ve been shooting so much that I was almost out of room on my cards. Finally, the evening ended with dinner at an Indian restaurant and a group of photographers from Germany. Was the food good? Absolutely amazing! I can now check that off my list of things to do in London.

Tomorrow is the beginning of a new day of the same editorial assignments, but the city will be bustling with the presence of everyone back from holiday. More suits and businesses open and people walking about. Wednesday is a studio day for my group, so we’ll see what that’s about in two days. Thursday, we all head down to Brighton.

Thanks for following along on this amazing journey. Inspire a conversation by leaving a comment. Yeap, that means you! Go ahead, no one’s looking. You may even feel better afterwards. Until tomorrow, enjoy a few from today and a picture of yours truly by Chris Mann from yesterdays journey to Tower Bridge. You know, the bridge the Americans thought they were buying when they purchased the London Bridge. 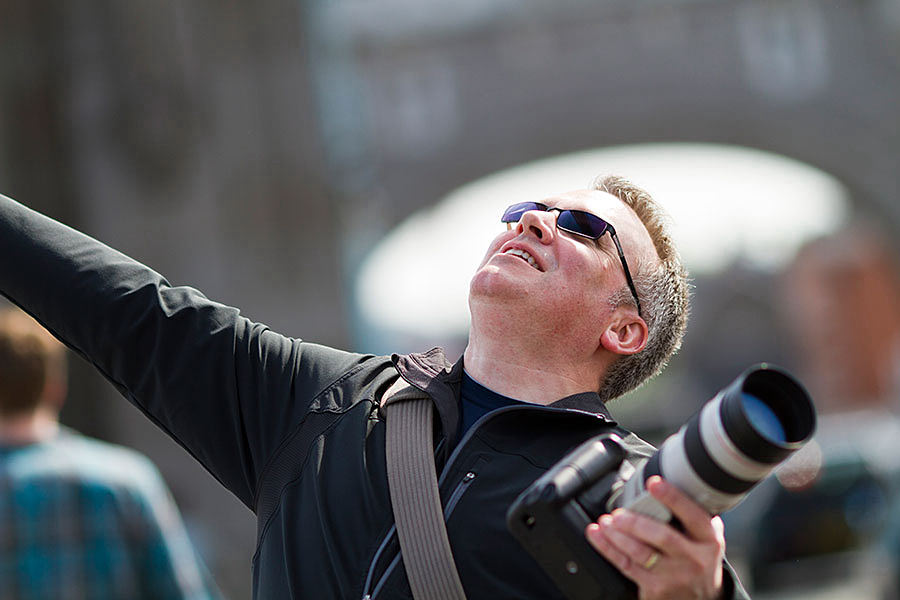 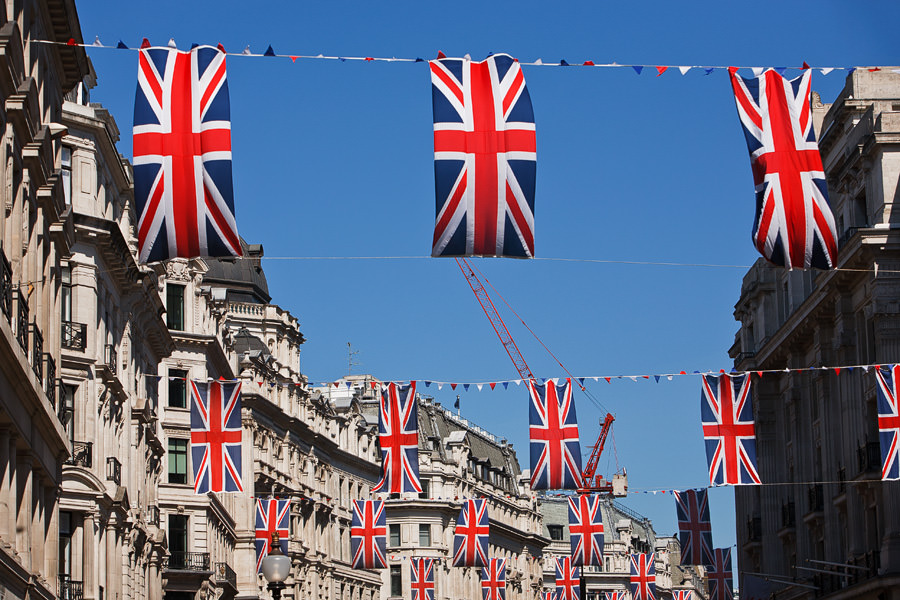 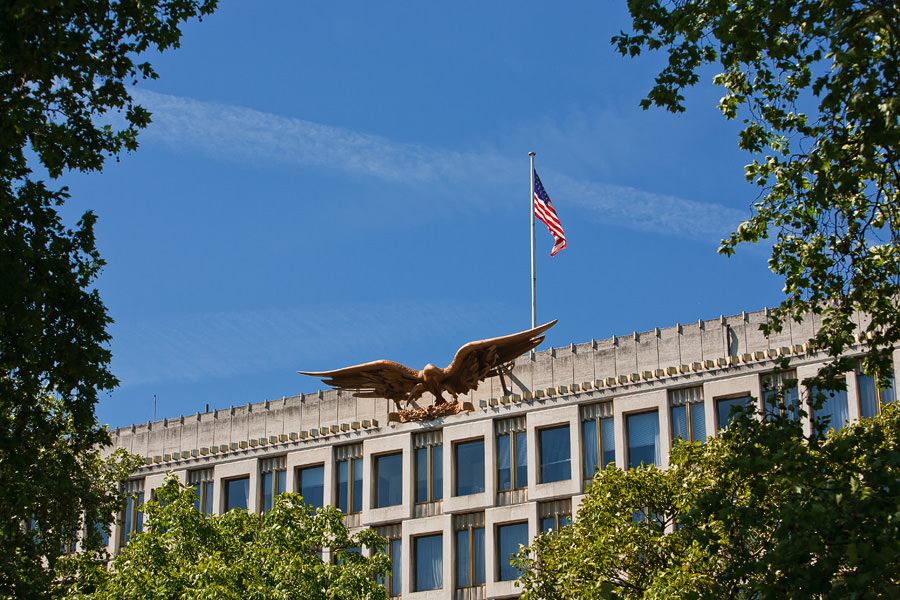 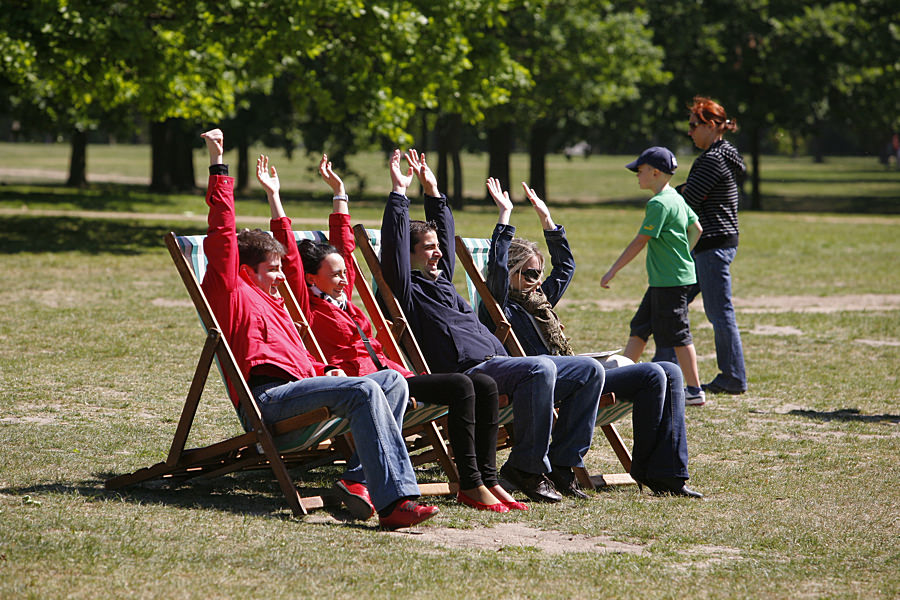 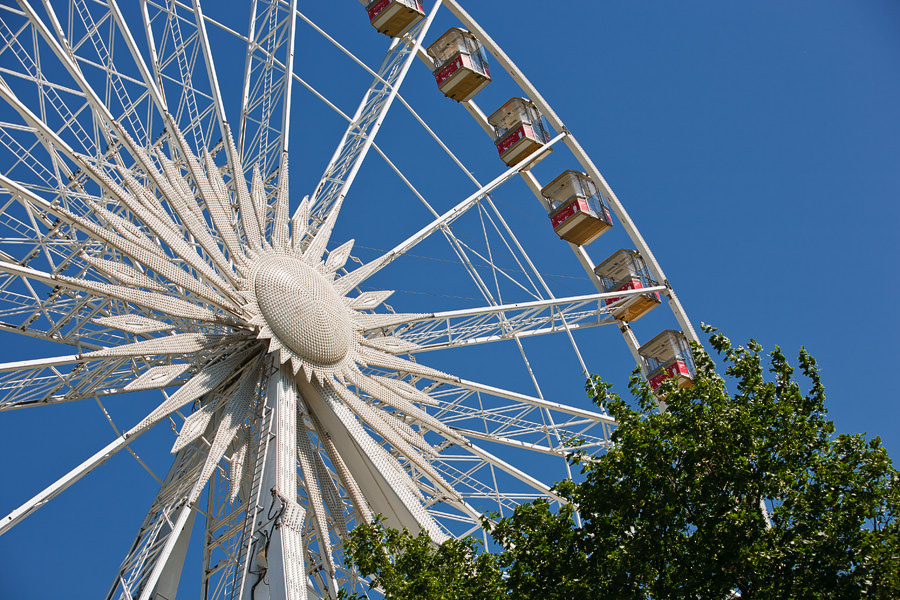 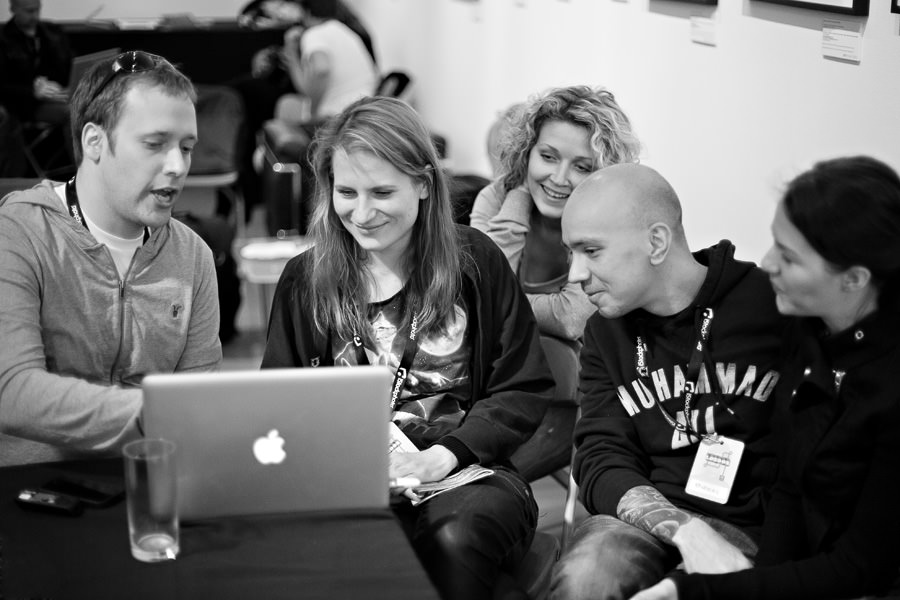 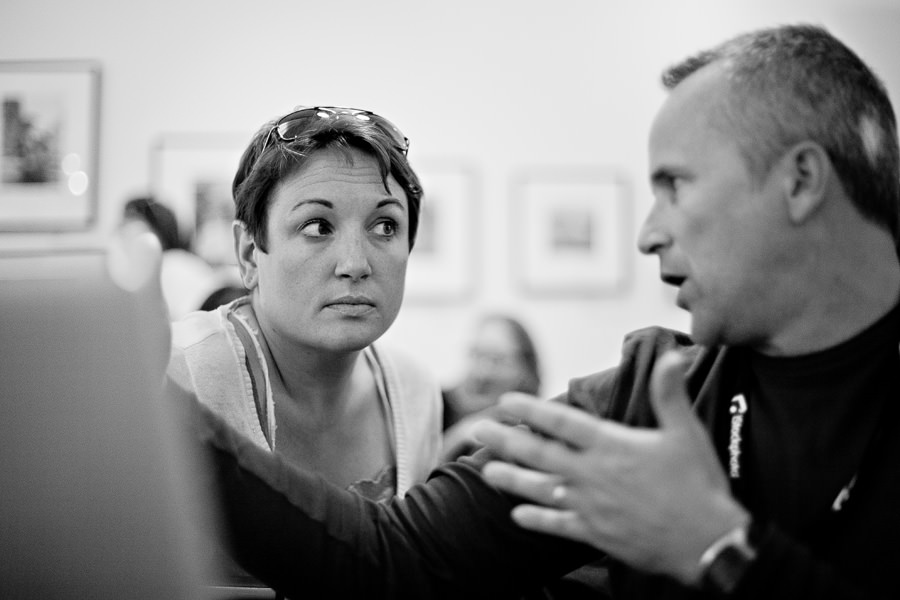 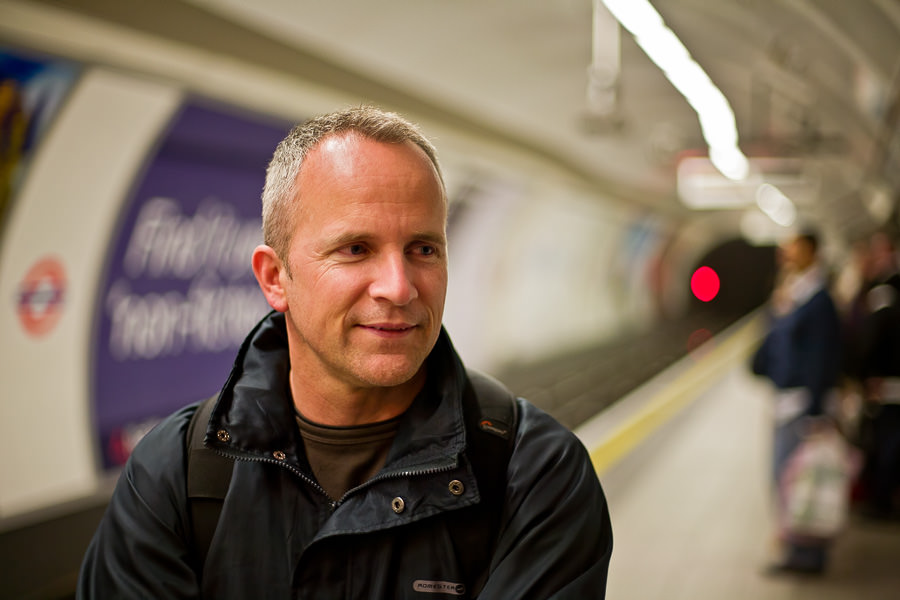 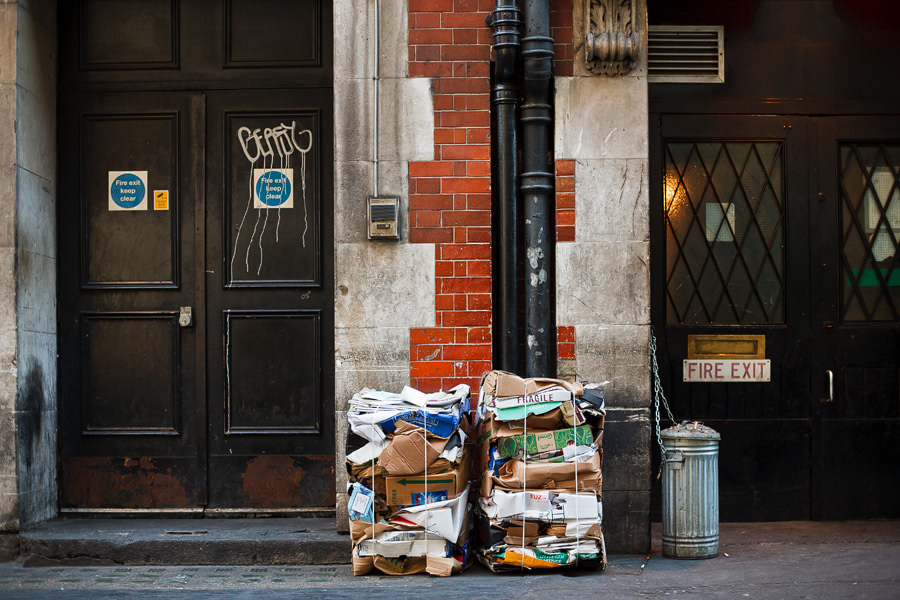