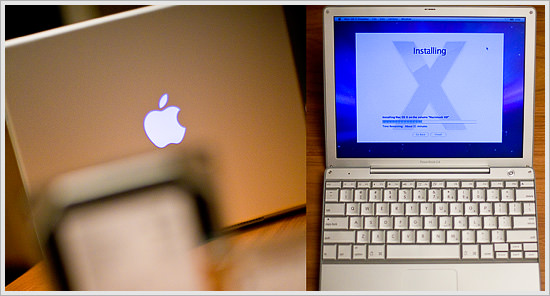 It happens. Over time, everything will eventually fail, break down and fall apart. There’s a word to describe it. Entropy. There is something special about items which have withstood the test of time. Sentimental and nostalgic—a well worn pair of shoes, a ragged sweatshirt. On a practical side, they’re our trusted friends (and paid for) which is why we keep them around.

I’m a long-time Apple Macintosh enthusiast and my trusty 12″ Powerbook G4 has been with me since 2003. It’s not so speedy anymore, but it fits the fold down tray on an airplane and perfectly suited for writing, checking email, surfing the web and accounting. When the hard drive started making noises and running noticeably slower, I knew it was time to replace it.

Empowered with a set of tools and a strong heart and the power of the Internet, I decided I was just
geek enough to pull this off. (I must warn you that the following image is quite graphic and may cause some of you to squirm in your chairs.)

Searching the Internet I learned 10 ways to remove the hard drive, all of them different. With each screw that I added to a growing pile, my journey into my Powerbook continued. At one point I had to walk away, wondering if it were possible to reach the center of a Powerbook. Let’s not even talk about how I was going to get it back together again. 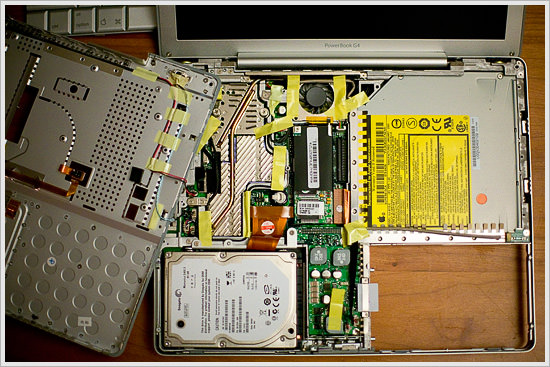 In the end, my inner geek prevailed. Everything went back together and there was no smoke when I fired it up for the first time. I must confess that I was amazed by this experience. How they cram all of this into such a small container and make it do the magic that it does is truly amazing. The new hard drive was slightly larger than my cell phone!

I know you’re asking yourself. How far does this geek thing extend in your life? Well, not only can I enact my own computer repairs, I’m the IT guy. I dabble in code (designed and built my web site) and I beta test for a number of software companies. In fact, beta testing for Photojunction just finished. It’s now called Remix and you can read about my involvement at their blog. This was a redesign from the ground up and involved months of testing and discussions. At this point, I can’t discuss other projects as I’ve signed nondisclosure agreements.

Why do this you ask? Because getting involved enacts much needed change. Many times software is so close and then misses the mark. Getting involved means you are working directly with the programmers and you help shape the future development. No more complaining about why this feature is missing or what were they thinking when they put this here…you get to be there when it happens and that is being a geek of the highest order.

One last geek confession. I’m an avid fan of the Harry Potter series. From preordering on Amazon to anxiously counting down the days until it arrives. It’s what I enjoy doing on family vacations every summer. As in years past, I had the final installment in my hands the day it was released. However, I did not read it. Perhaps it was because this was the end, the last book in this magical series. I’ve been glancing at it for over a year. This week, I decided it was time to jump into this world once more and finish the journey I started all those years ago. Enjoy the summer! 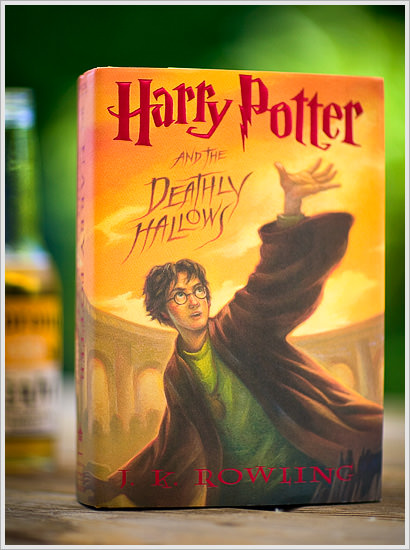 PrevPreviousCinematic Wisdom – The End is in the Beginning
NextIt’s Good To Be Home!Next